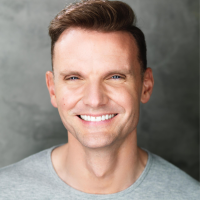 How the ClickMinded online SEO course generated $21,243 in 8 days with AppSumo, and why I think Noah Kagan and his team are going to keep crushing it.

Back in 2012, this post got all the way up to #3 on Hacker News, brought us about 150x my daily traffic in less than 24 hours, and completely overloaded the site. It was awesome.

Hope you enjoy it.

I first heard about Noah Kagan after reading a blog post by Tim Ferriss. It was an interesting article, and Noah struck me as a really cool guy. Smart, laid back, hilarious and full of hustle.

Fast forward a few months later to me. Late last year, I had started a small side project called ClickMinded, an SEO training class for startups in the bay area. It was the evolution of an internal training class I did for my colleagues in marketing at PayPal, and I had decided to turn the all-day, 8-hour training class into a more compact, digestable, 5-hour online course.

After a few months of creating footage, editing it and working with the two greatest interns ever, Bruno and Lorena, the product was complete. I launched my SEO class on Udemy, a very well designed, clean online learning platform. After some initial success, I mentioned the new class to my friend Ray Grieselhuber at GinzaMetrics, who e-introduced me to Noah Kagan.

What was unique and extremely refreshing about AppSumo was their lightning-fast communication, their ability to change things on the fly, and their complete lack of unnecessary formality.

After submitting my proposal, I received an email from a guy named Anton at AppSumo. The subject line was:

“This is going to be interesting…” I thought to myself. His first email said that the class looked good and that they wanted to take a few days to review the content. After giving him access to the course, a few days later Anton gave me a call. He was super friendly, clarified some of the details regarding what AppSumo was, and told me they wanted to run a promotion on the ClickMinded course. They said they wanted to host my content on their own internal platform, tap their user base of 730,000+, manage all the email marketing, write the landing page copy and handle payments, customer support and refunds (read: do everything). This also included a very heavy commission rate for AppSumo.

Being a very small fish in a very big pond, with a solid digital product that has effectively no variable cost, I really couldn’t think of a reason to say no.

I agreed, and the AppSumo team sent me a huge requirements doc, where I had to provide them a whole boatload of information about my product. Once that was finished, they got started.

About a week later the product was ready to go. Anton sent me an email saying they wanted to reduce the price of my product for the sumo-lings. My initial thought was that I didn’t want to “cheapen the brand” by dropping the price, so I told Anton that I wanted to keep it at the normal price point. In hindsight, this was stupid, but I’ll get to that part later.

Anton had also sent me a link to the landing page the night before it was set to go out. I took a look at it and immediately noticed a few mistakes. I sent him an email on a Sunday night, August 19th at 7:56pm, a bit worried because we were only a few hours away from sending out the promotional email, and I didn’t know if he would get my changes in time.

At 8:02pm, 6 MINUTES after I emailed him, he wrote back, saying the changes were complete.

6 minutes… to read my email, acknowledge my request, MAKE THE CHANGES, then GO LIVE WITH THE CHANGES, and then write back saying we were all set??

This was not some account manager. This was some type of hybrid-mutant Sumo monster. A guy that can talk to you well over the phone, manage a technical project, keep you happy by answering your annoying questions over email, suggest hard decisions on pricing and make copy and HTML changes that go live within minutes of asking?

Sidenote: I guess my elation for this really awesome situation was due to the fact that it was shortly after being told by Groupon to basically go F myself. Groupon answered my phone call with “wait on the phone” music, followed by “your call is important to us” robots, followed by an account manager that didn’t have any idea what I was talking about or what my product was, and topped off with a boiler plate rejection later minutes after the phone call, with no visits from the Groupon servers showing up in my analytics.

The changes were made by Anton and the landing page was ready. I saw the AppSumo email come into my inbox late at night, smiled, and went to sleep, hoping that the next day would bring in sales.

This was entirely my fault. Anton had already asked me earlier if we could reduce the price, and I had said no. Clearly, that was the wrong move. I quickly sent him an email, August 20th at 7:36am, expressing my concern, saying that I wanted to do anything I could to remedy the situation and that I would be happy to offer a refund to anyone that had already bought the class, as well as a discount to everyone else moving forward.

At 8:30, 8-freaking-30, less than an hour after I reached out, Anton suggested they drop the price, refund everyone that had already bought the course, and re-email the offer later in the week. I agreed and crossed my fingers.

The sales started going up, the negative reviewers started changing their earlier statements (after emailing a few of them and gently pointing out that we had changed the price), and more positive reviews started rolling in.

If you had told me, prior to this AppSumo experience, that you can sell online classes by starting your landing page copy with a condescending Wonka meme, I would have said that you’re full of it. AppSumo proved me wrong:

After the price had been dropped, after the reviews went up to a 4.5 taco rating, and after the second email went out, the AppSumo promotion brought in a total of $21,243 in gross revenue, in 8 days.

Now I’m not going to hallucinate and say that this is all my money. In fact, the lion share of it goes to AppSumo. Their % take is actually very high, but it’s high for the reasons outlined in this post. To be honest, it could have been even higher, and it still would have been worth it for me. That being said, the AppSumo experience has been incredible for me as a marketing channel. Here’s why:

– AppSumo went from having never heard of me, to getting my content up and live on their platform, with landing pages, email copy, and price points ready, in 10 days.

– They were able to let me tap into a user base of 730,000+ people, many of whom are exactly my target market, and have now turned into satisfied customers. It’s unlikely that I would have ever been able to connect with these people otherwise.

– AppSumo does not employ account managers. They employ smart, badass, magical Sumo ninjas that can fix stuff and get things done fast. These people have titles like “Biz-Dev Sumo” and “Customer Happiness Sumo”. They do not suck, and there was never any elevator music throughout any of the experience.

– I made a huge mistake initially with pricing. AppSumo didn’t point fingers, they remedied it immediately and refunded users instantly. It was executed with astounding speed.

– Noah Kagan emailed me after the pricing fiasco and asked me how I feel about the whole thing. How I feel?! The Chief Sumo taking the time to ask how I felt about it all? What?! Really cool.

– AppSumo followed up after the promotion ended, saying that the feedback on the course has been great, and they’d like to make it a continually featured product. I’m in.

I emailed Noah, thanking him for the opportunity, and apologizing for the initial pricing fiasco. His response: This is awesome sauce. Then he took the blame for the pricing problem on AppSumo (it wasn’t their fault) and said we should do it again.

Why wouldn’t I work with these guys again? It was an incredible experience from start to finish.

If you’re JUST getting started with digital marketing, take a look at this online marketing strategy guide, or this search engine optimization strategy guide, for a high-level overview of how they both work.

10x Your Traffic from Google.

Get the SEO Checklist sent to your inbox.

[Free Mini-Course] Learn the SEO strategy that we used at PayPal and Airbnb.

Get the EXACT framework you need to implement to get your SEO strategy rock-solid for the rest of year.

Learn the exact SEO Keyword Strategy that we used at PayPal and Airbnb.

Reserve your spot at this special free SEO Masterclass!

SEO training to 10x your traffic from Google.

ClickMinded is where 8,702 startups, agencies, entrepreneurs and students learn SEO, get higher rankings, and more traffic.

Tommy Griffth
Tutorial: How to Exclude Words From Google Search 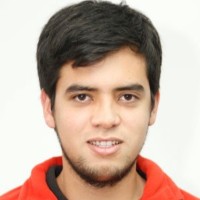 10x Your Traffic from Google.

Get the SEO Checklist sent to your inbox.

[Free Mini-Course] Learn the SEO strategy that we used at PayPal and Airbnb.

Get the EXACT framework you need to implement to get your SEO strategy rock-solid for the rest of year.

Learn the exact SEO Keyword Strategy that we used at PayPal and Airbnb.

Reserve your spot at this special free SEO Masterclass!

SEO training to 10x your traffic from Google.

ClickMinded is where 8,702 startups, agencies, entrepreneurs and students learn SEO, get higher rankings, and more traffic.